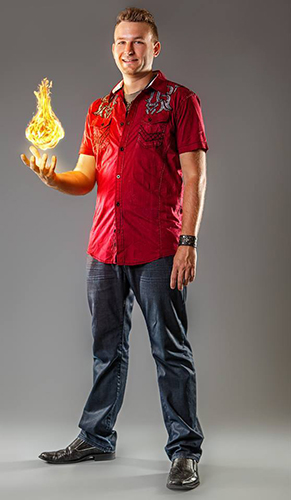 Josh holds a Bachelor of the Fine Arts in Theatre from West Virginia University. He is an Eagle Scout, and a Vigil member of the Order of the Arrow. He was awarded the Merlin award for Entertainer of the Year in 2016. For the past 16 years, he has performed illusion in just about every scenario at venues and events across the USA. His style is refreshing and different from other magic type shows as it’s a blend of skills, clever written scenarios and comedy, and his ability to connect with the audience as a whole as well as individuals on stage.

In his teens performing at birthday parties, and church/company picnics, he learned how to get maximum attention by creating moments where an audience member becomes a star and gets the applause rather than the magician. In 2008, he started collaborating with Lea, and together they have performed thousands of shows. They got married in 2011 and have two beautiful and energetic daughters. Josh is a big believer in building relationships and making a difference everywhere he performs. “Talent will get you in the door, but character will keep you in the room”. 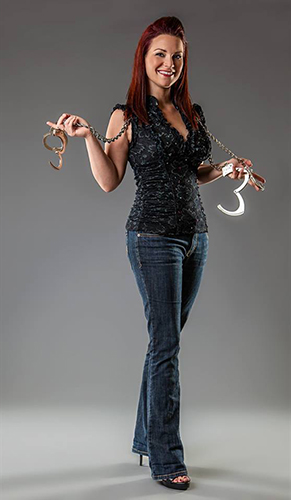 Lea is the resident box jumper and one of the only female escape artists on tour today. She has been a dancer since she stood upright for the first time (and pretty much just because her parents wanted to get some of her energy out!), which grew into a lifetime love. She was both a dance competition adjudicator and an award-winning choreographer before beginning the life of illusion. With over 2 decades of training in dance and acrobatics and a continuing interest in movement of all kinds, she is also the Director of Extreme Talent Showcase National Talent Competition.

She earned a Bachelor of the Arts degree in Performing and Visual Arts from West Virginia University, which is where she met her partner in all things, Josh, and where he first asked her if she was claustrophobic (Note: She’s not, obviously). Along with Josh, she has performed in thousands of shows across the country since 2008. Proving that silence is golden, Lea only has one line in the show, which is delivered from inside a tiny escape box. Above her performance and business accomplishments, Lea is most proud of being a mom to 6-year-old Kendall & 3-year-old Delaney. 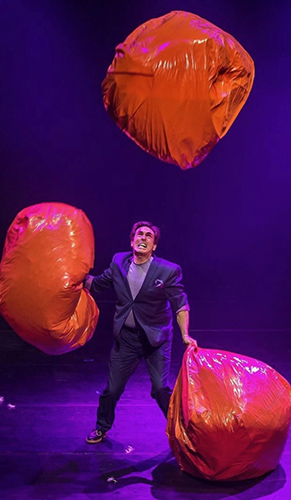 Michael Goudeau is NOT the world’s greatest juggler but he’s definitely the funniest. With over 15,000 appearances as the special guest artist in the Lance Burton Show in Las Vegas, Michael is sure to make you laugh, gasp, and then laugh some more. He has performed his act all over the world, and on multiple television shows worldwide.

He is a Guinness Book of World Record holder, heard by thousands weekly on Penn’s Sunday School podcast with Penn Jillette, and has 12 Prime time Emmy nominations. Michael’s show contains all the laughs of a great comedian combined with all the thrills of a great juggling act. This show isn’t someone talking about something funny that happened, it’s funny happening right now!

The Merlin Award for Entertainer of the Year

Extreme Illusions & Escapes, was recently recognized with The Merlin Award for Entertainer of the Year in 2016. The Merlin Award is the highest award one can receive in the world of magic and it is the equivalent of the Oscar, Grammy, Emmy or Tony Award. Extreme Illusions & Escapes shares the honor of this award with such performers as David Copperfield, Criss Angel, and Penn & Teller. This prestigious honor is awarded annually to one of over 41,000 magician members worldwide for contribution to the art of magic & illusion by a selection committee and presented by President Tony Hassini of the International Magicians Society. Extreme Illusions & Escapes also has been listed as one of the top 100 magic acts in the world!

“A good magician can work under any circumstance, but Josh truly embodies that by consistently working in different conditions and manages to excel at his art,” said Hassini. “He brings a show to venues that rivals the best shows in the well known theatres of Las Vegas and around the world.” 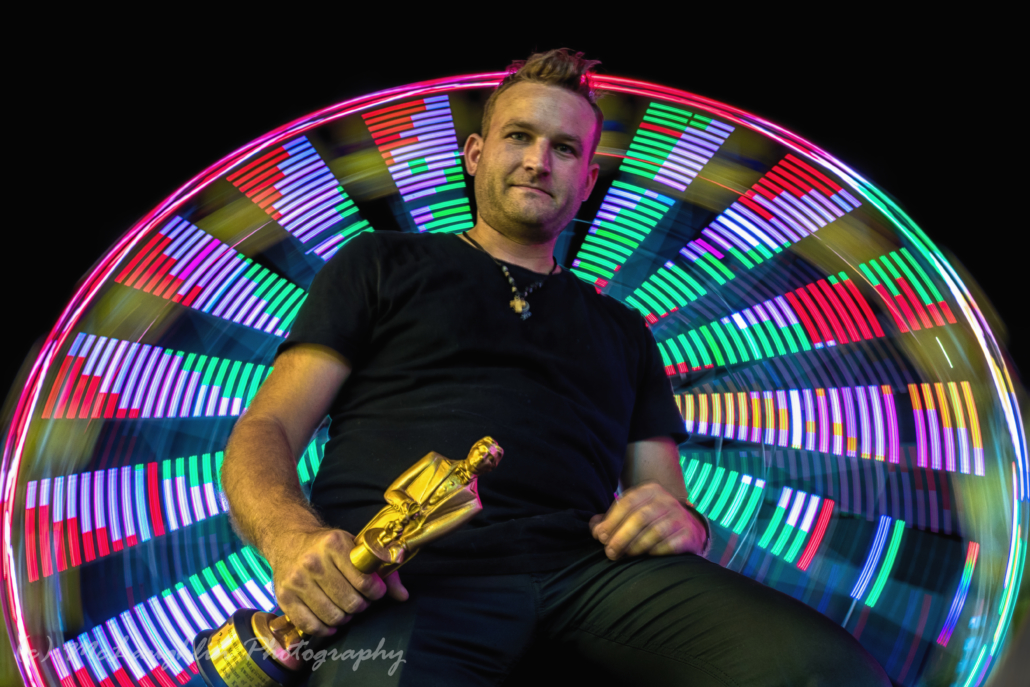